Pediatricians and child development specialists are being confronted by parents saying, that their children are showing symptoms of language development delay, poor facial expressions and lack of eye contact. They have discovered that these children tend to have prolonged exposure to mass media (such as TV, DVD etc.). It has been found that the symptoms are reversed or reduced by banning children from watching TV/video or reducing their amount of exposure to such media.

Infants develop their sociability, body and mind through interactions with people that are in close relationships with them. Infants need experiences such as playing with actual people and objects to be able to develop as a social being. Long-term exposure to mass media deprives children of the opportunity to play outdoors and interact with people.

Early and long-term exposure to TV, in particular, reduces the time for parents and their children to play together and as a consequence prevents the child’s language and mental development. This is why less exposure to television is especially important for children under 2 years and for children with developmental difficulties.

Infants are in a critical period of their language development. Parents and society need to make an effort in reducing the negative influence of watching TV. . The JPA warns the risks of long-term TV and/or DVD watching on infants and makes the following proposals.

Do not leave the infants in a room TV/DVD on for a long period of time. 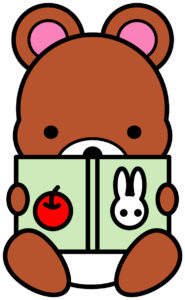 Children exposed to TV broadcasts for excessive hours despite its contents or the way TV programs are watched have risks of language development delay.